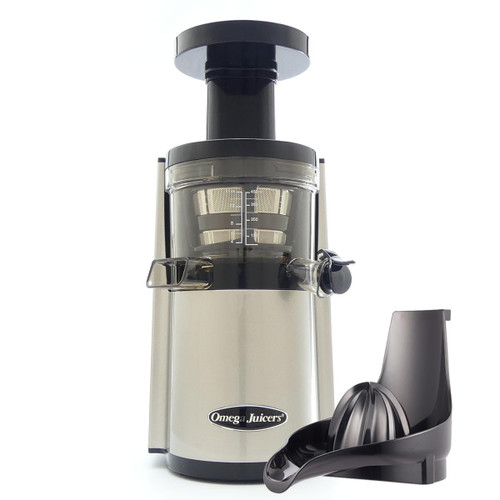 The new Omega VERT VSJ843RS Slow Juicer in silver is the latest vertical juicer released by the established Omega Juicers brand.  The new Omega VERT VSJ843RS is very similar to the lasted Hurom HH 11 Elite Juicer and features the same front end parts including the 2 winged augur that spins at only 43 rpms, upgraded steel Ultem Juicing screens and easy assembly parts. Like the Hurom HH 11 Elite the new Omega VRT VSJ produces exceptionally high juice yield and does an excellent job on leafy greens. Unlike the new Hurom HH 11 Elite, the Omega VERT VSJ does not feature the pulp control lever on the front of the Drum which allows you to make smoothies, it also does not feature the convenient drying stand for parts and the new Omega has a much larger footprint with the body design of Omega larger and bulkier compared to the latest Hurom.

The new Omega VRT VSJ843RS incorporates a host of key improvements over the previous VRT models and is backed by the excellent Omega 15 year warranty. 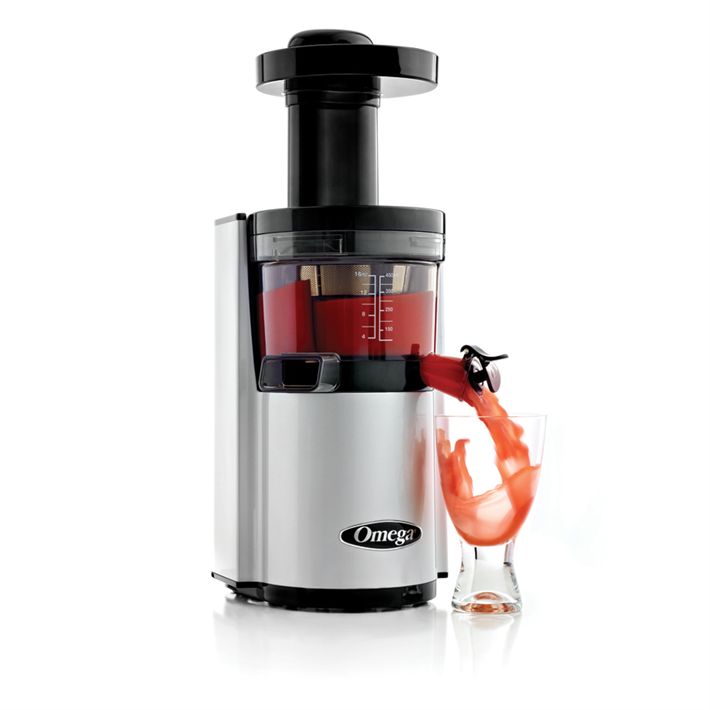 The Hurom citrus attachment is a great way to improve the functionality of many products in the Hurom range. It will allow you to make citrus juice quickly and conveniently, without the hassle of washing up the juice bowl and various parts to the juicer. Furthermore, it is easy to use, and for anyone with an existing Hurom juicer or someone looking to purchase one, this is a must have addition. 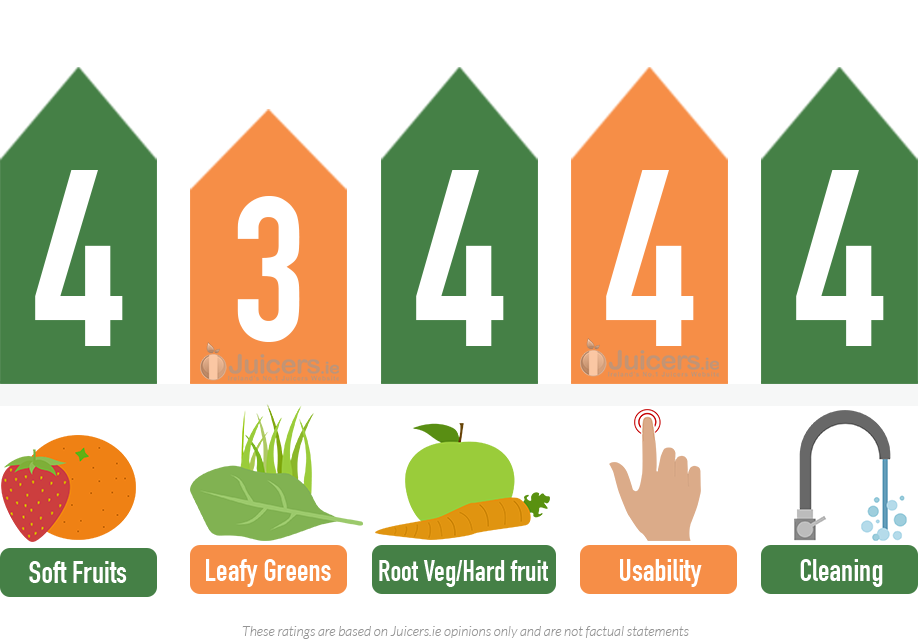